Named after 99 doors in the mansion, it is located in a palm oil plantation in Nibong Tebal. Ramsdens, a wealthy family from England, own the mansion. Until 19548, John St. Maur Ramsden was murdered; he was shot twice cruely in his head as he was heading upstairs inside his own mansion. The case never solved until now.

Rumours claimed some Bomohs use the mansion as a place to contact spirits from the nether. Some even strongly believe that the mansion has 100th doors as it leads to another realm. This abandoned building on Penang Hill was initially acquired by the Sarkies brothers in the 1890s. After World War II, it was left unused until the building was leased by Uplands School. In 1977, it was abandoned due to the relocation of the school.

Some visitors claim to have heard noises when approaching on site.The idea that this eerie, derelict building could be haunted isn’t far-fetched, but haunted by what exactly, nobody knows.

It was built for Chung Thye Phin, the wealthy tin miner who was the last Kapitan China of Perak and son of Kapitan China Chung Keng Kwee, who built Hai Kee Chan.

It is believed that about a few hundred years ago, a young lady commited suicide by jumping into the said swimming pool because her parents objected her marriage with her lover. Her spirit is believe in great hatred and restless, she haunted the mansion and the area nearby.

Many years later, an old nun moved into the mansion to meditate. She claimed to have seen the spirit of this young lady emerged from the swimming pool. It was said that the old nun has made a personal request to a Theravada monk so that the restless soul is delivered.

When the time was right, 3 monks in charge of 3 temples together with 30 disciples performed a grand deliverance ritual to save this poor soul. I was told that the lightings were interrupted twice during the prayer.

Perhaps the deliverance ritual was not successful as the mansion and areas around it still haunted by the spirit. A local even claimed that a ‘ghost car’ emerged from the old mansion with a full of headless passengers. So there is the reason where an altar was set up inside the mansion, heading towards the swimming pool.  UdiniHouse The foundation stone of Udini House was laid in August 1882 by the Lieutenant Governor of Penang, J. F. McNair.Later this house was bought by TengkuKudin’s namesake.From 1930 to December 1941, Udini House was rented to the law firm of Presgrave& Matthews. During the Japanese Occupation, the Japanese Navy used it as their Penang headquarters.

Was told this house is haunted. No one can manage to demolish it. No one who goes in and make a joke of this house will not live long, as the story goes. Anyone who does try to pull this house down, will be stricken with dead in an unfortunate accident or illness. No contractor dare to take up any job relating to this place as the chill itself can be frightening. That is why the immediate surrounding land is fully developed but the house remains in the same condition forever. Believe it or not? 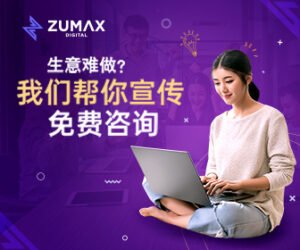